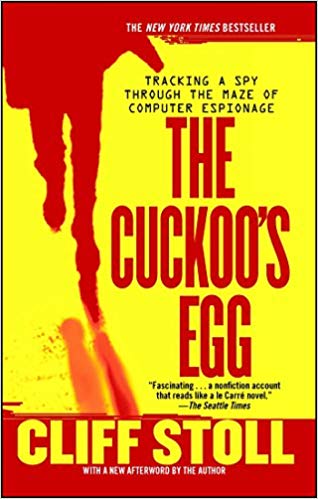 Let me start by saying this is a mystery book not a murder mystery. The Cuckoos’ Egg is a book about tracking a spy through the maze of computer espionage. Written by Clifford Stoll  when the internet was in its infancy, it still packs a punch all this time later. Cliff Stoll was an astronomer turned… END_OF_DOCUMENT_TOKEN_TO_BE_REPLACED