It was a hot afternoon as we emerged from Leicester Square underground station, on our way to see Ruthless! The Musical at the Arts Theatre in London.

The show was an all female musical with music by Marvin Laird and book and lyrics by Joel Paley that parodies Broadway musicals. It tells the story of the beautiful and talented 8 year old Tina Denmark who will do anything to play the lead in her school play…

And we mean ANYTHING!

So when third-grade teacher, and frustrated actress, Miss Thorn, casts an untalented (but parentally connected) Louise, as the lead in the school musical things can only end badly. Tina, the frustrated understudy, begs nicely for the role, then “accidentally” hangs Louise with her skipping rope so that she can play the star role.

Jason Gardiner was great as the theatrical agent and the girl playing Tina on the day we went had a magnificent “evil” stare…….. 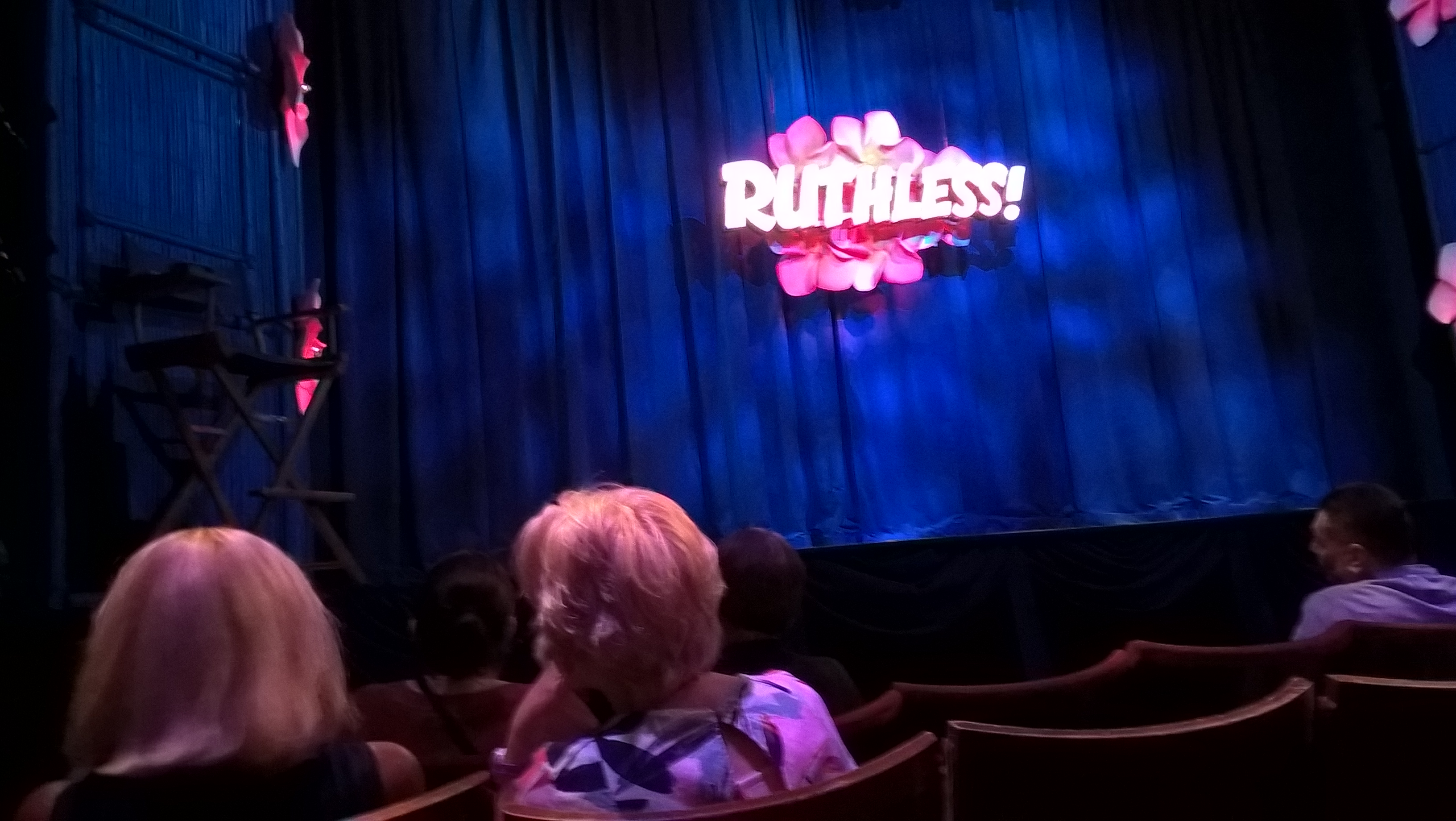 While we were in the area, we got to see the Agatha Christie Memorial.

It is located at the junction of Cranbourn Street and Great Newport Street, in the heart of London’s theatre district. The area was chosen to reflect Agatha Christie’s contribution to theatre. While many know that The Mousetrap is the world’s longest-running show, Agatha Christie as also the first female playwright to have three plays performing simultaneously in the West End.

The bronze memorial is about 2.4 metres high and is lit from below as well as from within. It was designed by Ben Twiston-Davies and unveiled on 25 November 2012, to commemorate the 60th anniversary of The Mousetrap.

The Memorial is in the form of a book, and contains an over-life-size bust of Agatha Christie, as well as images of some of her greatest creations, and information about her life and work.