One freezing morning in 1940

6000lbs of Nitro Glycerine accidentally exploded at a gunpowder factory.

Windows were blown out across London as debris rained on Waltham Abbey.

The event was recorded by British Pathe News.

It seems the shudder in the earth from the explosion has caused a number of strange things to happen. There are reports of twisted apparitions, whose presences’ belong in Spooky Myth and History. It appears the explosion has awoken the dead…..
The Secret Island at the Royal Gunpowder Mills, Waltham Abbey, Essex will be “locked down” under armed guards to try and stop ghosts and ghouls from wreaking havoc on the rest of the country.

Your Country needs you

You will be transported back in time to the Second World War where it will be your job to sort out this terrible explosive accident and its consequences.

On Saturday the 27th and Sunday the 28th of October 2012, Phantasmagoria Events will stage an historical, scary promenade performance that is full of local gruesome facts. Suitable for ages 8 to 80, the spooky walks start from 5.30pm; with the final performance beginning at 8.40 pm. Tickets must be booked in advance online only and are strictly limited.

If you would rather be scared at home than on a spooky walk, why not throw a  “Helloween” party

This is a 6 Players mystery game from ITM Games.

The game is set in the very old manor house called MacArbe Manor, where you and your guests gather. With the rain beating down and the lightning lighting up the gables while the thunder roars in your ears like a demon, do you really want to sit and tell stories? Of course you do! For a start, the other need to hear your tale about being cursed………or maybe you are all cursed.

Or could there be a more earthly explanation… 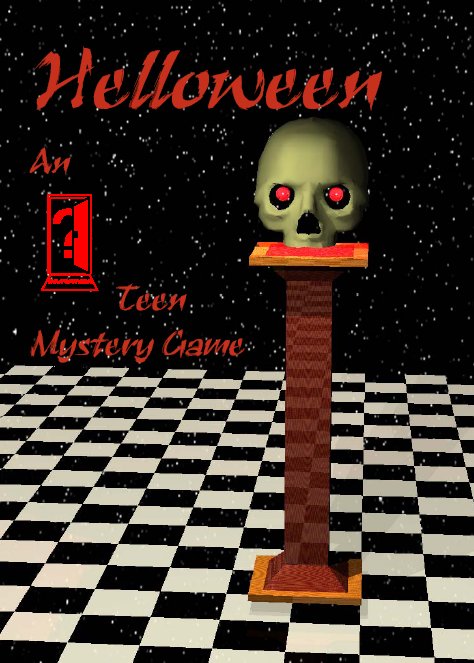