Hardboiled detectives aren’t just found on the mean streets of Raymond Chandler’s Los Angeles…….They can also be found in the parochial Welsh town of Aberystwyth……..

Well at least that’s where Malcolm Pryce’s hardboiled detective can be found.

This Aberystwyth is run by shady Druids. There are whelk-stalls as well as sexy dancing girls. And even an ice cream bar where a private detective can drown his sorrows.

Some reviewers have described the novel as more Pratchett than Hammet. And what’s wrong with that? 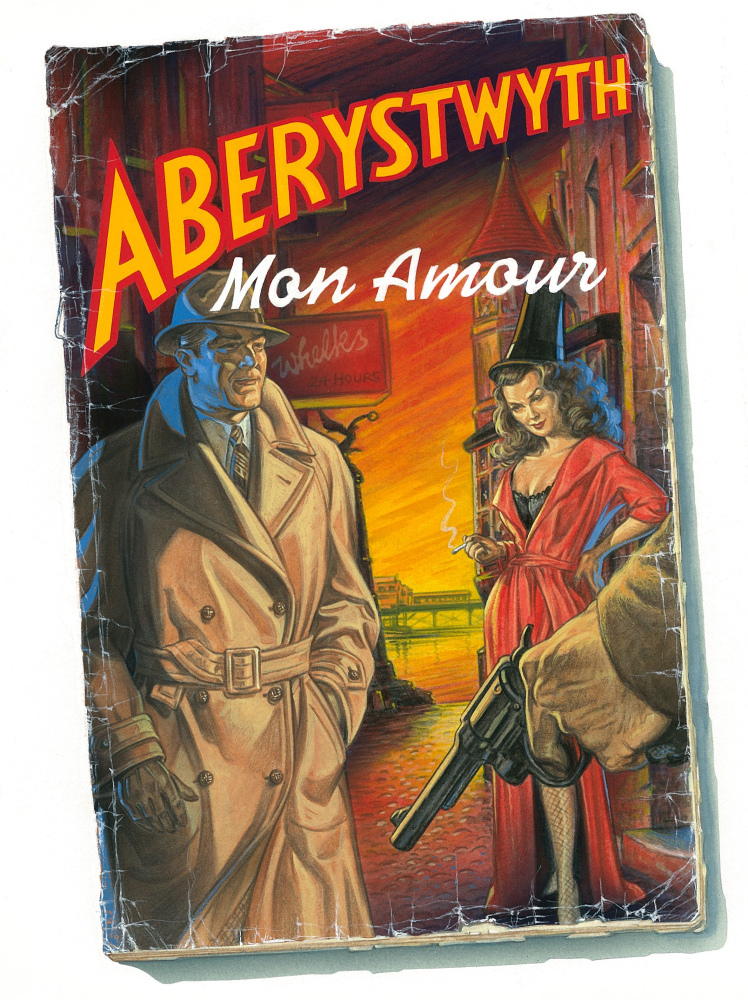