The Castle of Otranto

It’s style merges medievalism and terror. One of the most influential works of Gothic fiction, The Castle of Otranto is the first English supernatural novel.

Strawberry Hill House inspired The Castle of Otranto, which was the first ever Gothic novel. It was written in Horace Walpole’s study in 1764. A copy of the book is available in the study for visitors to the house to read.

According to wikipedia, “it blends elements of realist fiction with the supernatural and fantastical, establishing many of the plot devices and character-types that would become typical of the Gothic novel: secret passages, clanging trapdoors, pictures beginning to move, and doors closing by themselves.” 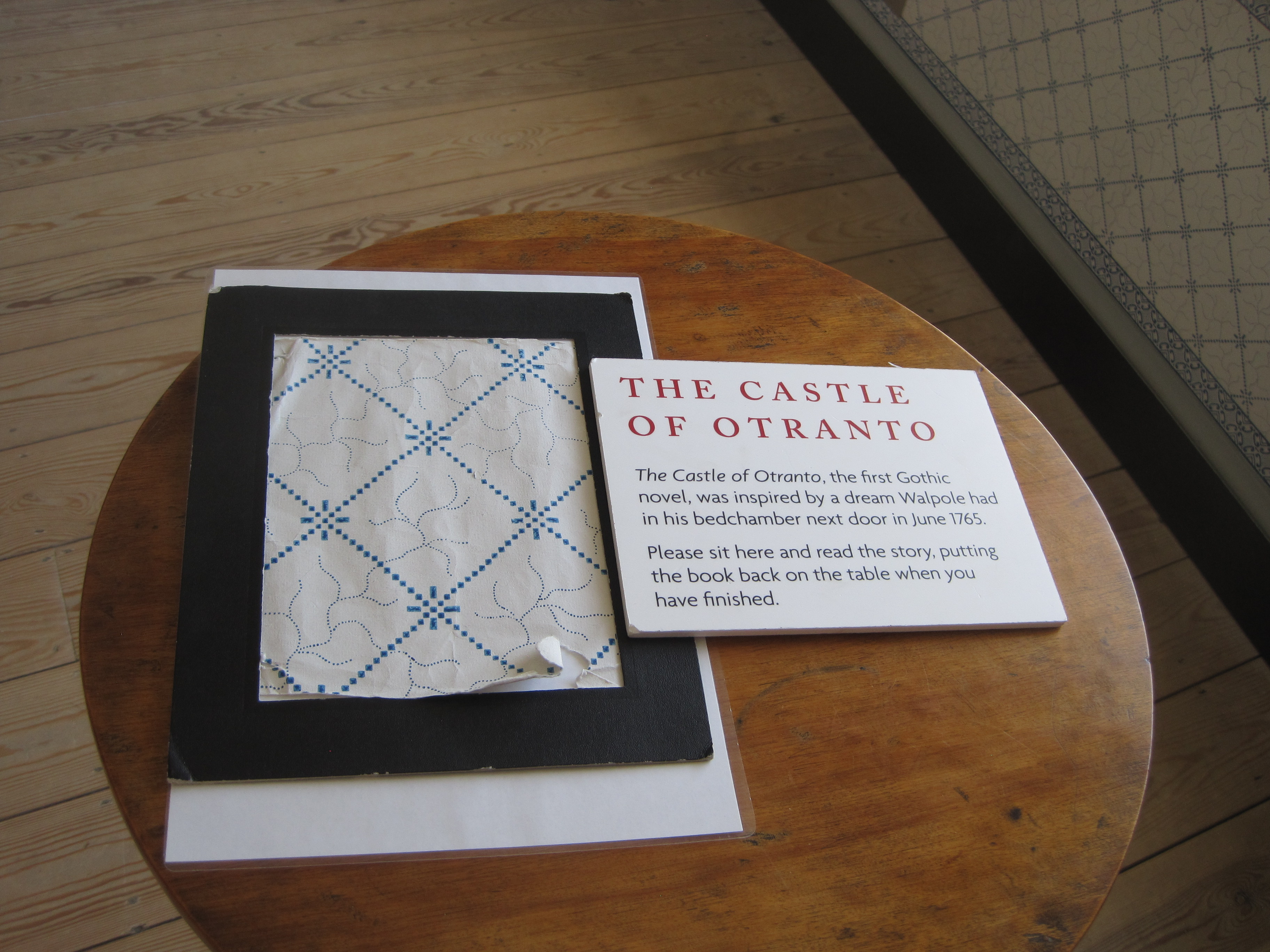 The Castle of Otranto was written at Strawberry Hill House

The story begins on what should be the wedding day of Conrad to princess Isabella. However, shortly before the wedding, Conrad is crushed to death by a gigantic helmet.

Manfred, Conrad’s father and lord of the castle, certainly thinks so. Especially as there is an ancient prophecy that says “the castle and lordship of Otranto should pass from the present family, whenever the real owner should be grown too large to inhabit it”.

How does he plan to stop the curse? You’ll have to read the book to find out.