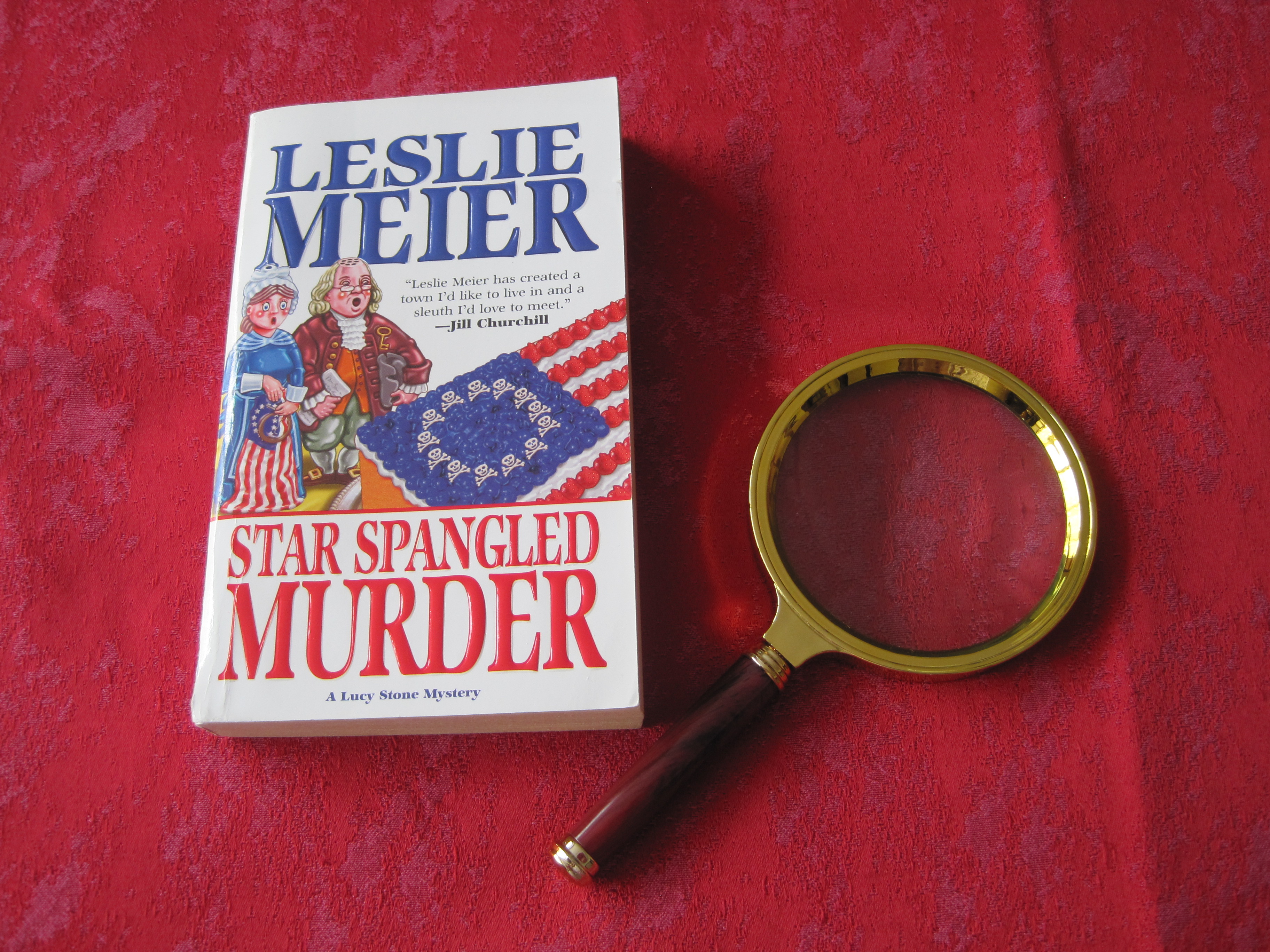 Lucy Stone is in the doghouse – with her next-door neighbour, Mrs. Prudence Pratt. It seems that Kudo, the Stones’ misbehaving mutt, has developed a taste for Mrs. Pratt’s blue-ribbon winning chickens, as well an escape artist’s talent for sneaking out. With the Fourth of July coming up, Lucy doesn’t want to set off any more fireworks with the crabby Prudence. Another sign that the crazy days of summer are in full swing arrives when a group of naturists – a.k.a. nudists – descends on Tinker’s Cove, skinny-dipping at the pond that borders Mrs. Pratt’s property, giving her something else to complain about. Worse still, the local lobstermen are upset about poachers – and suspicion falls on Mrs. Pratt’s husband and son. Then the July Fourth fireworks are cancelled to protect a patch of extremely rare purple-spotted lichen, and Mrs Pratt is the victim of a hit and run. Tinker’s Cove is full of suspects, but none with so personal a motive as the Stones. Their feud with Mrs. Pratt has put them at risk of losing their freedom this Independence Day – unless Lucy can start things off with a bang by catching a red, white and blue killer…