Adam Sandler reunites with Jennifer Aniston for the new Netflix film “Murder Mystery”. The pair star as a married couple Nick and Audrey. 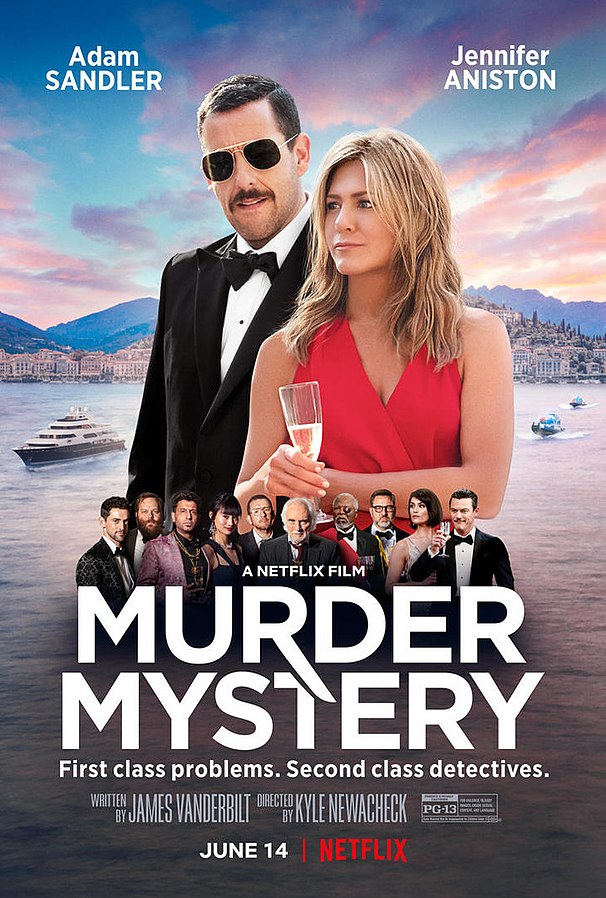 On their wedding day Nick promised Audrey a trip to Europe and she has been waiting 15 years for it to happen. He finally agrees to take her abroad, to celebrate their anniversary and his promotion to detective. Little does she know, he is hiding a secret about that promotion………

On the plane over from America, Audrey befriends Charles Cavendish (played by Luke Evans), who invites them to join him on a luxurious yacht. There is to be a party, hosted by billionaire Malcolm Quince (played by Terence Stamp) and his new wife. Quince plans to change his will in favour of his bride, but before the new will is signed, he is killed.

With a yacht full of suspects, who could have done it?

The only thing out of the ordinary on this sailing (other than the murder, of course) was the arrival of the Americans. So Nick and Audrey find themselves prime suspects.

And as anyone who has played a murder mystery dinner party game knows, the way to prove your innocence is to prove someone else guilty.

What follows is a fun comedy romp with Nick using his police training and Audrey using her love of murder mystery novels.